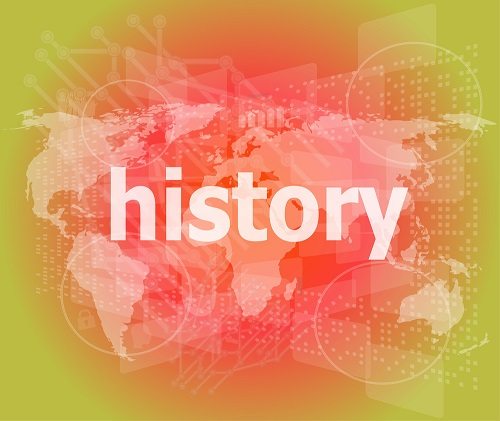 We don’t often consider the innovation that has gone into creating the things that we use every day. From the saucepans we cook in to the computers we type on and the blinds that provide protection and privacy, so many products have had a profound but unnoticed impact on our lives.

With so many man-made products being used every day, it’s hard to imagine when certain things were invented. Sliced bread has only been in existence since the 1930s, so how is it that something as seemingly complex as roller blinds has been in for more than a century before that?

Scotch Holland Roller Blinds were a product of Holland Linen and they came from the Netherlands in the 1700s. The fabric for the blinds was produced in Glasgow, Scotland by James Louis Robertson and John King. Like any proud Scotsman, the two decided to name the blinds in part after their motherland.

How the Linen Became the Blinds

Robertson and King came up with a great way to turn raw linen into useable roller blinds. Before they turned them into roller shades, the inventors took the Holland Fabric and bleached, dyed and starched it. After that, they dried and pounded the fabric with solid wooden bars. This process went on for about 10 days.

A wooden batten was then installed at the top of the Scotch Holland roller blinds and a wooden bottom bar was sewn into the fabric. To prevent fraying along the edges, the inventors sewed the side hems by hand. Each end of the wooden rollers was fixed with brass pins and the roller blind was fixed to the wall with small brass flanges.

Roller blinds work with a spring mechanism. This allows the fabric to wrap around the tube and to stay in whatever place you pull it to. This allows you more control over ventilation and light.

When the Scots made the first roller blinds, they didn’t have the engineering at their fingertips to produce a spring mechanism. Instead, when the blind closed, the fabric would lay in folds on the window ledge. When you wanted to open the blinds, you’d pull on a cord that was attached to a top rod. You could secure an open blind by winding the cord around a cleat.

The traditional method of manufacturing Scotch Holland fabric continued in Scotland until the 1980s.

While Scotland was content to enjoy their invention, America was figuring out ways to make it better.

The relatively new United States of America became home to the ‘spring roller window shade’ in the 1800s. Stewart Hartshorn obtained the basic spring shade roller patent in October 1864, along with his father, uncle and brother. Hartshorn’s son was intrigued by this design and engineering game, and at the age of 17, joined his father in business. They founded the Stewart Hartshorn Company. This company originally manufactured their invention in New York but moved production to East Newark, New Jersey in 1872.

The spring roller became a very popular invention because it allowed the fabric of the window shade to be rolled up and down. Popularity grew in America and several other production plants opened in the early 20th century to bring the invention to all American households.

Australians have always had an eye for the functional. Roller blinds in Australian made perfect sense in an attempt to shield the eyes, body and home from that intense sun.

Browse our range of roller blinds by EcoShade Solutions in Sydney.